How to Treat and Prevent Gingivitis from Your Battle Creek Dentist 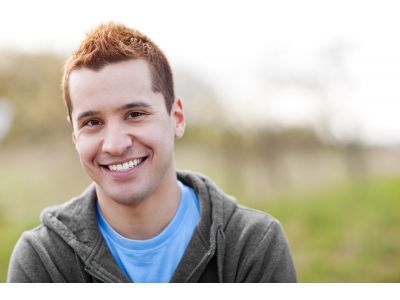 Gingivitis is the most prevalent form of periodontal disease. Among its symptoms, it can cause swollen and discolored gums, tender or bleeding gums and bad breath. Although it is common, with many people not even aware that they have the disease, that’s no excuse to not take its prevention seriously.

There are a lot of risk factor associated with gingivitis that can be managed to prevent or slow its progression. From poor oral hygiene and smoking to stress and lack of dental care, if you’re concerned about your gums, here are a few steps that you can take to avoid being stuck with gingivitis.

Floss and brush your teeth daily

Dentists typically recommend brushing twice per day, once in the morning after breakfast and once in the evening before bed. Naturally, it can’t be that simple! In order to better your odds against gingivitis, it’s important to adopt a proper brushing technique. With your toothbrush angled at 45 degrees in relation to the gumline, brush the fronts and backs of your teeth using a rolling motion while ensuring that your bristles make contact with your gums, as well. Of course, once you’ve finished, be sure to clean between those gums by using dental floss.

Use mouthwashes as needed

According to the American Dental Association, “[a]ntimicrobial agents act directly on oral bacteria to help reduce plaque, decrease the severity of gingivitis and control bad breath.” When shopping for a mouthwash, look for one that carries the ADA Seal, this guarantees that it has been scientifically proven to be an effective agent against gingivitis. In addition to this, avoid cosmetic mouthrinses – those intended to whiten teeth or disguise bad breath – as they typically offer neither protection nor treatment against gingivitis.

If all else fails, ask your Battle Creek dentist

At Halonen Family Dentistry, our dental team is fully-equipped to handle any concerns that you might have about gingivitis. If you’ve begun to notice the onset of its common symptoms, tender or swollen gums, and would like to discuss prevention or treatment options for gingivitis, we’re ready to address any questions that you might have.

Remember, gingivitis is a common problem on the lower end of the severity scale when it comes to your dental health. If care is sought quickly, the disease can be controlled, treated and prevented. Waiting, disregarding your dental hygiene or continuing habits related to gingivitis risk factors greatly increases the chances that the disease will progress to something worse.